WASHINGTON, DC – On May 23, Yellow Ribbons United will host their second annual “Playfield in the Park,” a special event dedicated to honoring our nation’s “Tiny Heroes.” These special children and teens have lost parents and siblings serving in the Armed Forces. Five hundred youth attending the TAPS Good Grief Camp, will have something extra to smile about; they will enjoy an incredible afternoon of interactive sports games, a picnic lunch and a variety of other activities thanks to YRU and several incredible sponsors. This year’s sponsors include NFL Play 60, Washington Redskins, DC United, Washington Nationals, Citi Open, USTA Mid-Atlantic, American Girl, Mission BBQ, Coca-Cola, Dominos, Harris Teeter, Giant, Dog Tag Bakery and Sprinkles Cupcakes.

Several current and former Washington Redskins players will also join in on all of the fun. Hall of Famer Darrell Green, current Redskins defensive end Kedric Golston as well as former Redskins Antwaan Randle El, Roger McIntosh, Shawn Springs, Derrick Frost and Ade Jimoh are expected to be at the event.

The event will be held at West Potomac Park near the Washington Monument on the National Mall from 11:45 a.m. to 2 p.m.

The founders of Yellow Ribbons United, Emma Dockery and her husband, former Redskins Guard Derrick Dockery, created the “Playfield in the Park” event after Emma lost her brother in 2012 while serving in the Army in Afghanistan.

“Playfield in the Park was created to preserve the legacy of all the brave men and women who gave their lives serving and protecting our nation’s freedom”, said Emma Dockery.

Yellow Ribbons United is focused on bringing together professional sports, companies and the public to honor and support America’s military families and veterans.

The hundreds of children who attend the TAPS Good Grief Camp have lost a loved one serving in the Armed Forces. The children and teens hail from around the country and will participate in events throughout Memorial Day Weekend with their families who are part of the TAPS National Military Survivor Seminar & Good Grief Camp. 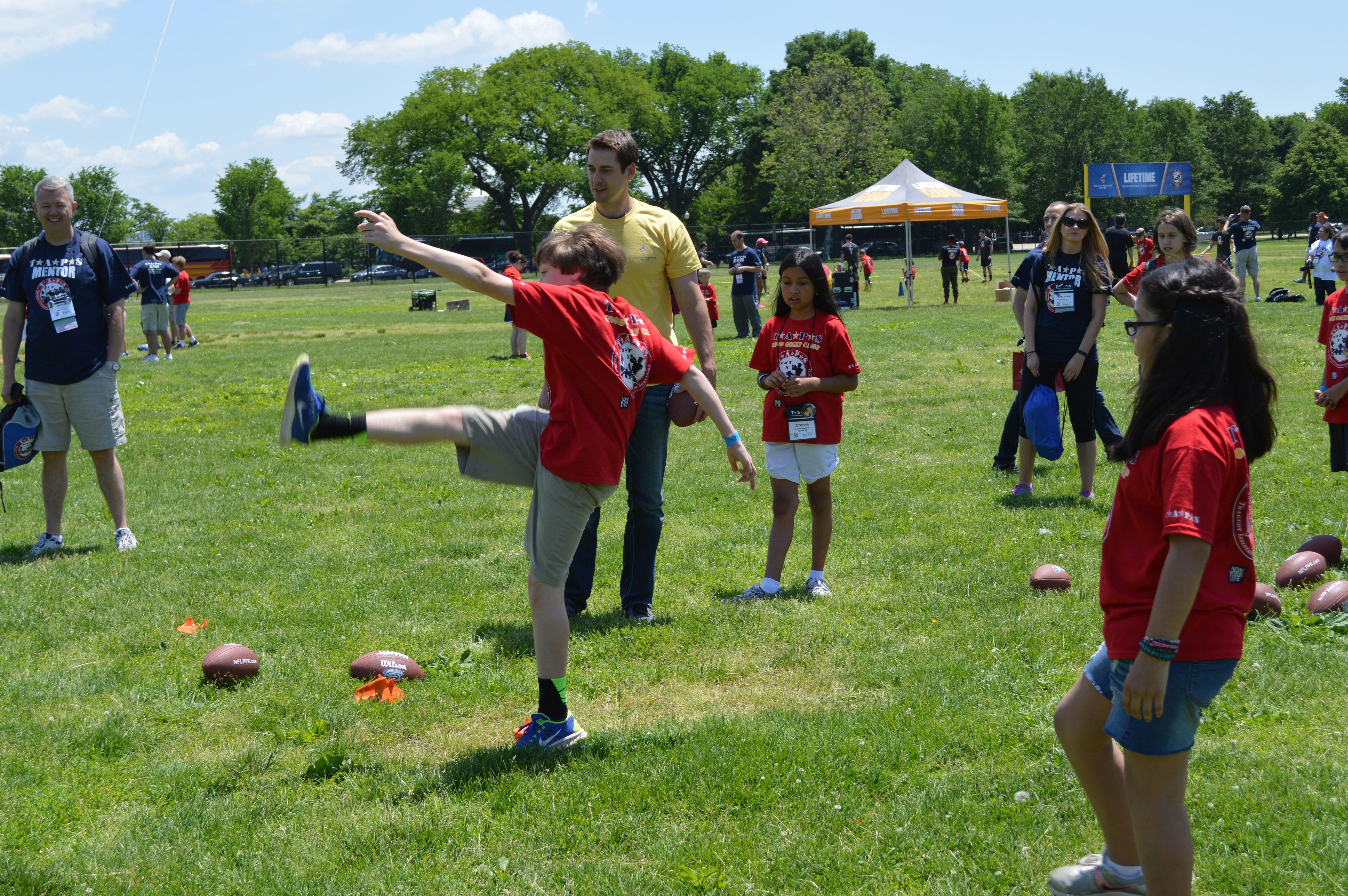 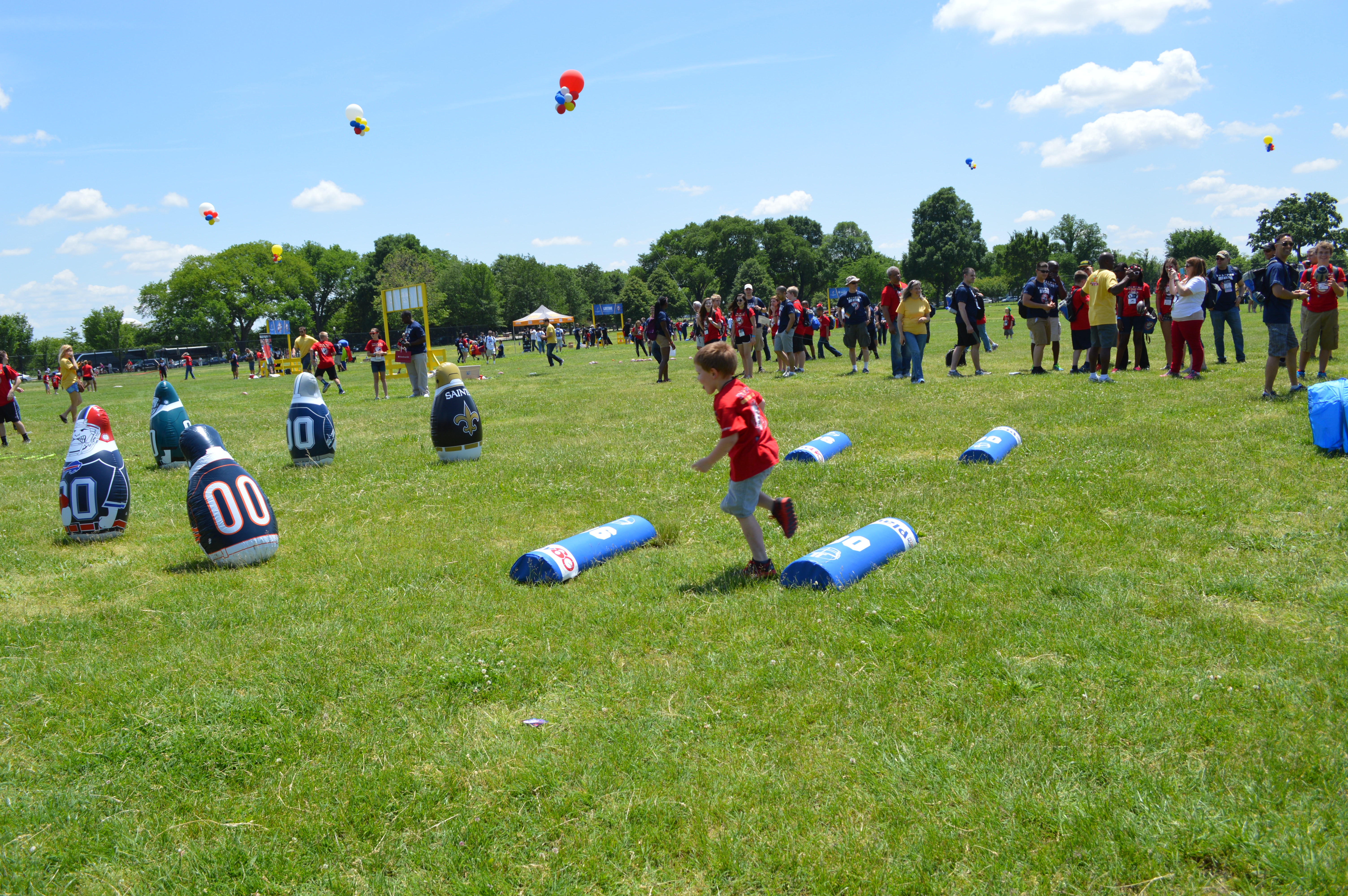 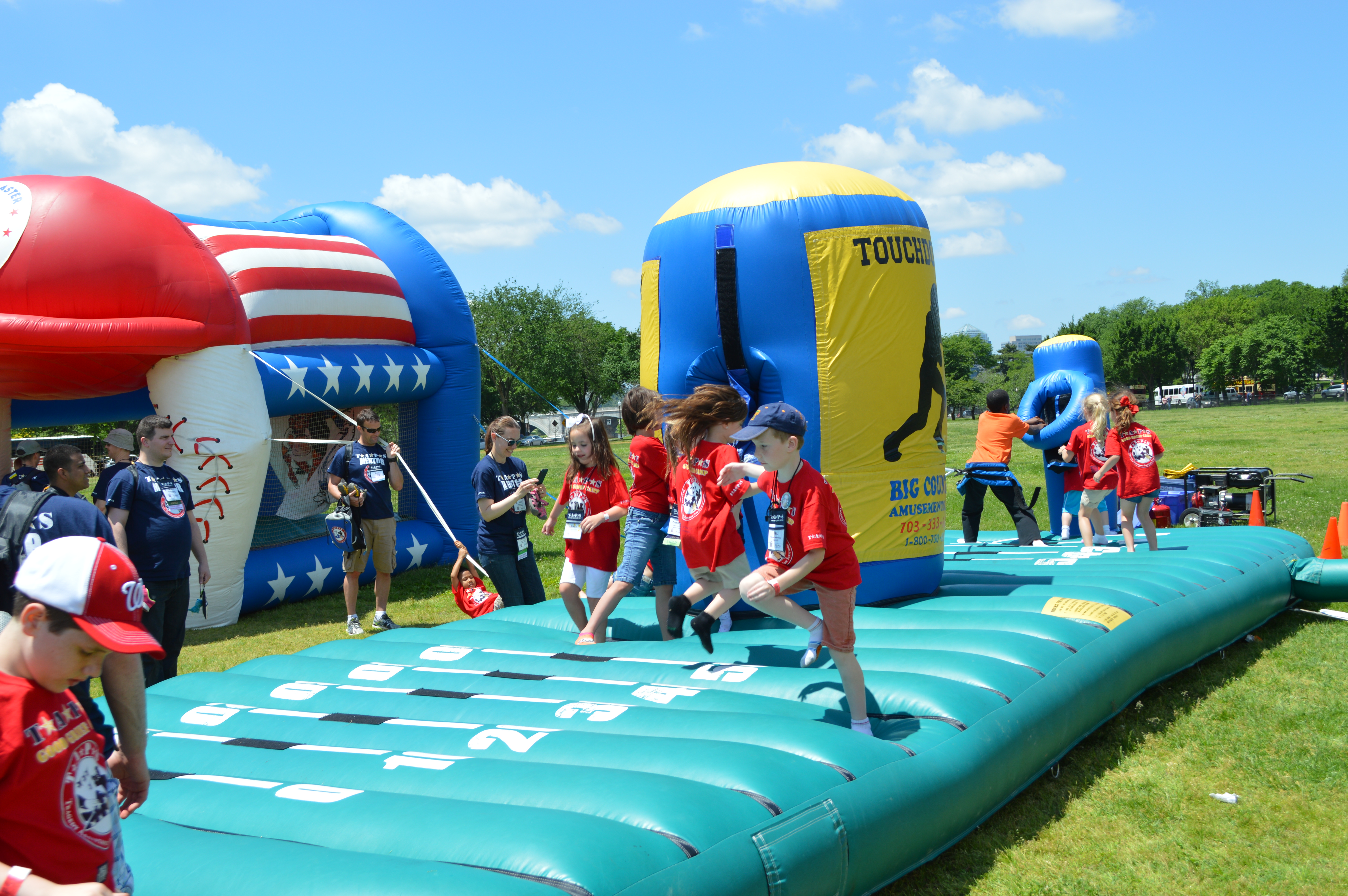 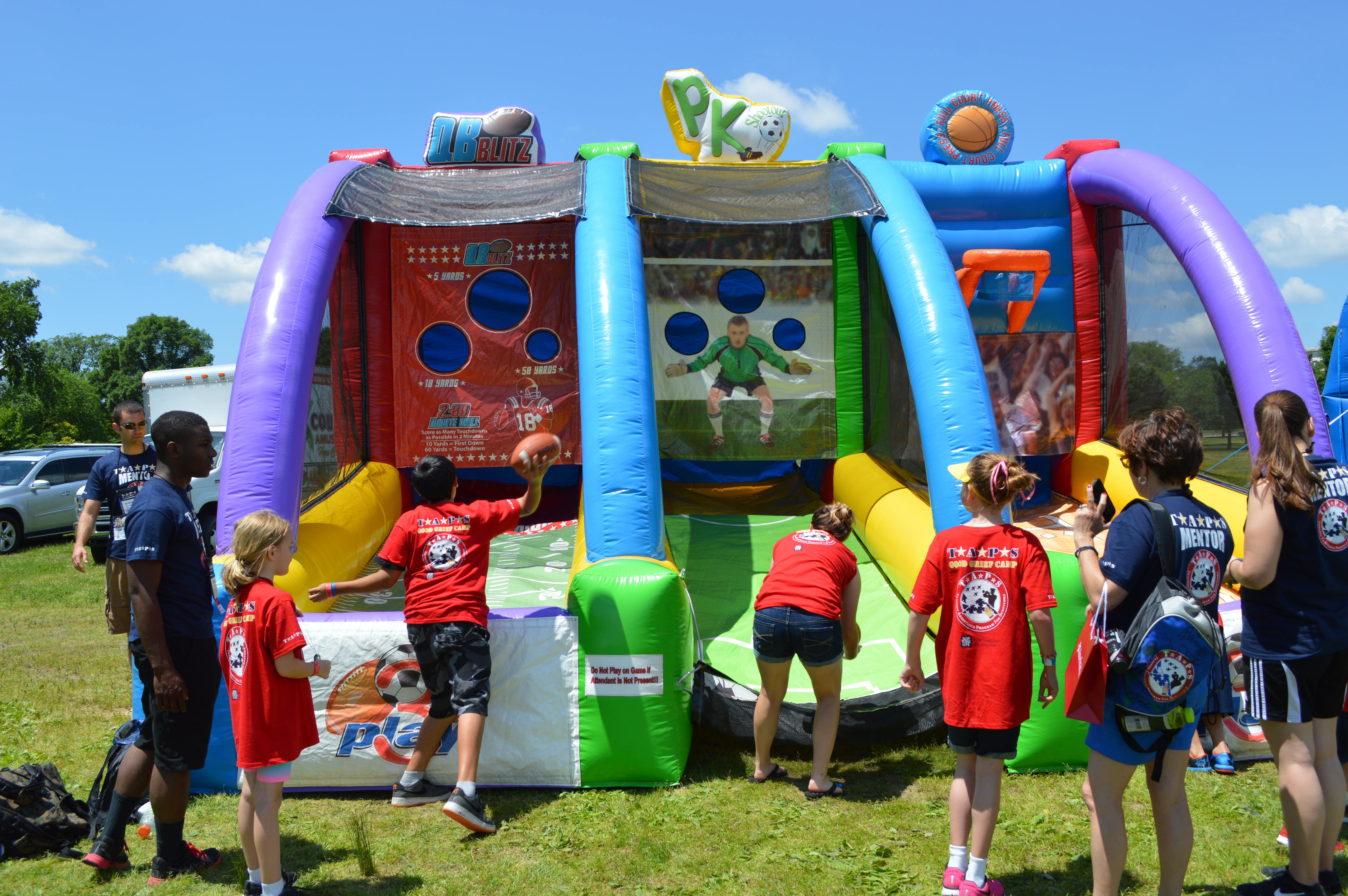 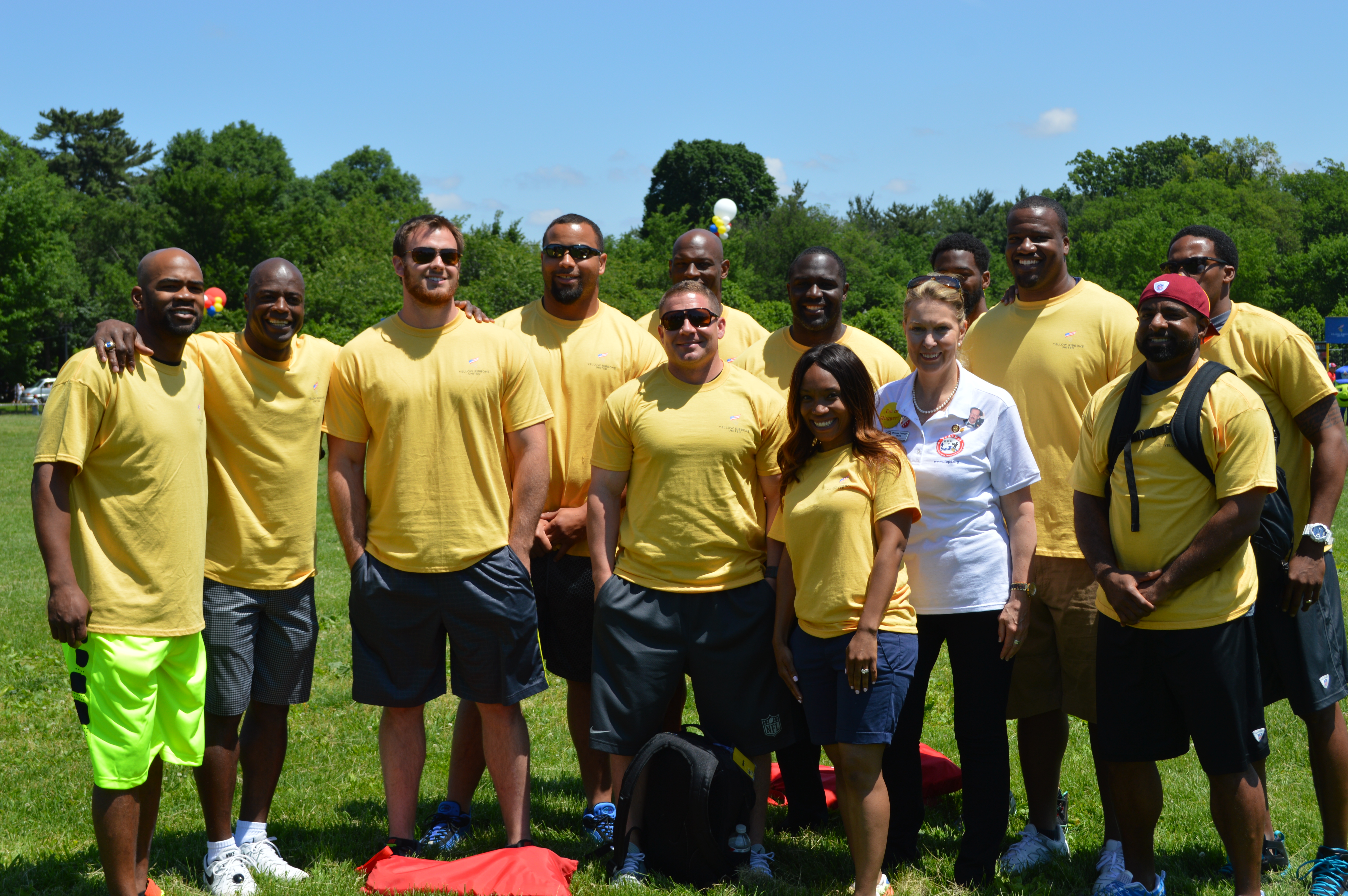 About Yellow Ribbons United
Yellow Ribbons United is focused on bringing together professional sports, companies and the public to honor and support America’s military families and veterans. Yellow Ribbons United was founded by Derrick and Emma Dockery, and reflects their steadfast commitment to assist America’s heroes and their families, who make profound sacrifices to preserve America’s values and ensure our freedom and liberty at home and across the globe. For more information visit yellowribbonsunited.org

About TAPS
The Tragedy Assistance Program for Survivors (TAPS) is the national organization providing compassionate care for the families of America’s fallen military heroes and has offered support to more than 50,000 surviving family members of our fallen military and their caregivers since 1994. TAPS provides peer-based emotional support, grief and trauma resources, grief seminars and retreats for adults, Good Grief Camps for children, case work assistance, connections to community-based care, online and in-person support groups and a 24/7 resource and information helpline for all who have been affected by a death in the Armed Forces. Services are provided free of charge. For more information go to www.taps.org or call the toll-free TAPS resource and information helpline at 1.800.959.TAPS (8277).