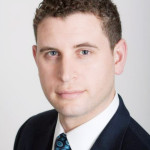 Mike Breen is the Executive Director of the Truman National Security Project and the Center for National Policy. He has been a Truman Fellow since 2010, and was one of the original members of Operation Free in 2009. Breen frequently testifies before Congress and regularly briefs government officials, elected leaders and candidates on security issues. His commentary and analysis has been featured in numerous national media outlets, including CNN’s The Situation Room and Erin Burnett OutFront, FOX & Friends, Good Morning America and Time Magazine.

A former U.S. Army officer, Breen served in tactical and operational assignments in Iraq and Afghanistan. He served in Iraq with 1-6 Infantry, 1st Armored Division (2003-2004), where he coordinated governance and essential services for over 300,000 civilians as acting “mayor” of two Baghdad neighborhoods. In Afghanistan, Breen led paratroopers from the 173rd Airborne Brigade in Kunar Province (2005-2006), taking part in numerous combat operations in the Korengal and Pech valleys. At the operational level, he served as Effects Based Operations Officer for Combined Joint Task Force 76, and Targeting Officer for 1st Armored Division.

After leaving the military, Breen clerked for the Office of White House Counsel, where he focused on national security matters and assisted with the confirmation of Associate Justice Sonia Sotomayor. He is a co-founder of the Iraqi Refugee Assistance Project, an international organization that provides safe passage and new beginnings for Iraqi refugees. Through IRAP, Mike worked with at-risk refugees on the ground in Syria, Lebanon and Jordan, including former US military interpreters, LGBT populations, human trafficking survivors, and religious minorities, and helped establish the first clinical legal education program in the history of Jordan. He now serves on IRAP’s Board, as well as the Board of Yellow Ribbons United, a foundation that leverages the platform of professional football and the resources of corporate America to serve the military community.

Mike holds a BA in Government from Dartmouth College and a JD from Yale Law School, having studied in Russia, Kazakhstan, and Uzbekistan. An avid outdoorsman and former ice climbing instructor, Mike is a proud New Hampshire native and a member of the NH Bar Association. He lives in Washington with his wife, Susannah Stevens.