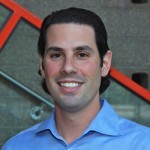 Josh Goldberg. After spending 11 years working in the corporate communications space at two large multinationals, Josh recently joined 2M, a Dallas-based private investment firm run by Morton Meyerson, the former Chief Executive Officer of EDS and Perot Systems.  At 2M, Josh is part of the founding team of Rulebase, a technology startup working to collect, organize and explain all of the world’s rules and laws.

Prior to his work at 2M, Josh was an executive at ExxonMobil, where he oversaw the company’s communications programs across the business lines and regions, and also led the their international advertising activities, based at ExxonMobil’s Irving headquarters.  He is most proud of the work he did in support of ExxonMobil’s founding sponsorship of the National Math and Science Initiative, and the advertisements he conceived and executed are available at http://www.exxonmobil.com/Corporate/news_ad_us11.aspx.