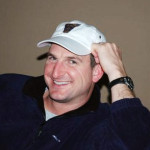 Beau Laskey graduated from the United States Naval Academy to attend SEAL training and graduated with BUD/S Class 186.  He was subsequently deployed with SEAL Teams One and EIGHT.

There are unique and challenging circumstances when a former military member has been wounded in combat, shows signs of PTSD or has succumbed to alcohol or drug abuse.  Many of these individuals simply want to reconnect with people and have a purpose in life, and it should be part of America’s duty to help them do just that. Mr. Laskey has a deep understanding of these challenges. He was presented with similar challenges around transitioning from life as a full time SEAL operator to a civilian trying to figure out where and how to position himself and the difficulty associated with ‘selling’ or translating the skills and experiences into easily digestible language for civilian counterparts and more importantly recruiters. In many cases, most companies have a difficult time relating to or are intimidated by former military members and their experiences so they fail to connect with and hire them.

Mr. Laskey then transitioned successfully to the private sector and has spent the last 15 years in technology, finance and operational leadership roles focused on media, entertainment and consumer Internet investment opportunities. Early in his career, Mr. Laskey was a Managing Director of EDF Ventures in San Diego, an early stage venture capital fund.

Mr. Laskey received a BS in Economics and General Engineering with Merit as a graduate of the US Naval Academy, and received an MBA with Distinction in Entrepreneurship and Corporate Strategy from The University of Michigan Business School.

As a result of his service, his devotion to finding solutions to the challenges faced by veterans and his subsequent success, Mr. Laskey is an active member with several veteran oriented organizations; The Navy SEAL Foundation, The Mission Continues, Mission Serves, Veterans on Wall Street (VOWS), and others.